Almost every age has a ‘signature’, a code if you will, which defines the challenges and trials which every inhabitant has to experience during their incarnation and during the time period in which they live.

In this, your current age, the old codes have reached their completion and a new code for living is being installed.

Each code has its over-riding energy, such as ‘What does each soul, incarnate during this time, need to develop collectively?

During the age just ending, for instance, the code which was programmed into the earth’s circuitry, was that of ‘Progress’. This was interpreted in a myriad of ways, depending on the culture in which each soul existed during this time.

Many souls interpreted Progress as a material avenue of expression, ignoring, to a large extent, the spiritual dimension. They found both the positive and negative aspects of cultural beliefs defined within the over-all energy of Progress.

This coding has been slowly moving towards its inexorable end, grinding slowly to a halt; whilst at the same time, speeding up as a result of the collective consciousness of humanity trying to fit it all in in the time remaining of the period.

Now it is time for the wheels to spin once again, but initially, while the new codes begin to appear, all will seem to ‘move backwards’. Progress will be viewed as too damaging to continue its present path and new avenues of expression will arrive to challenge the prevailing belief systems of the masses. In time you will see how it all fits together. Like the wheels and cogs in a watch, all is designed to keep ‘time’s movement’ moving forward, like clockwork.

The current age, which is slowing its long momentum, will be replaced by a new one which is designed to bring a note of ‘stillness’ to humanity’s striving. This will provide a counter-balance to the previous age of ‘movement’. All is worked out to perfection as you can see.

Now, in order for you to find your own feet within these new energies you will need to ‘stop’ your constant need, and striving, for motion.

For those of you who are the forerunners and carriers of these codes, it behoves you to ‘be in the stillness’, while appearing to be stalled and in a place of ‘no movement’.

Your entire life has been running the Cultural Codes of Progress and so running the new Codes of Stillness provides and interesting challenge. Managing these energies is not an easy task but has to be experienced by every living soul.

For those of you who choose to stay during this time of transition we say to you this: Be brave in the face of adversity and allow yourselves the luxury of ‘Time’, while you adjust to the new codes. Your beliefs will go through a challenging time as you clear the old codes of this time out of your circuitry. 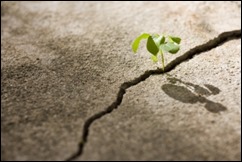 For those souls who choose to leave, they will be reborn into the New Codes and this will make it easier for them to begin their new incarnational experiences.

So relax now and allow the new codes to work within you, gradually working themselves out through your fields, until you are thoroughly grounded in ‘God’s (The Source’s) New Plan for humanity’.

Allow these energies to ‘birth stillness within you’ and enjoy the physical freedom which this New Age brings you; the freedom to ‘feel, and be, stillness’, the movement within such stillness being the way forward.