This was a workshop which Cheryl Brennan and I did a few years ago, in Tintagel. It was the first one we did together and was wonderful.

We had a terrific weekend, with glorious weather, and although we had a structure for the entire weekend, we ended up adding things that we had not expected to do.Our intention was to initiate people into becoming Guardians, Keepers of the Grail.  As a result of the initiations they would then ‘become One’ with the Earth.  They each worked on a part of the site with which they resonated. The needed energy-work, at a particular place, exactly matched an issue which needed healing in the person doing the work. In healing the site they were healing themselves and in so doing, healing that facet of human consciousness.

We discovered, that our overall work was to anchor the female Goddess energies at certain points, points which had become predominantly masculine and therefore missing its balance. Some places were easy, once we figured out what needed to be done, and other points felt incredibly difficult. The energy needed to anchor a female consciousness, in places which have been, and continue to be, used as male strongholds, was a challenge. Some of these sites brought up a lot of anger for some, as it was apparent what the power imbalance had created. But now we were in a position to, at least, plant the seeds of balance for the future.

Its not difficult to see how this works. All you have to do is look at how long it has taken women to gain some semblance of power in a patriarchal world. Men believe they have to behave in a certain way and, as a result, women are forced to behave in another way. Anchoring the female energies will bring a slow awareness of the nurturing and powerful aspects of Woman into the lives of both men and women, with the eventual hope of peace. The wounded female needs healing as does the wounded male.

We had intended to begin the weekend at King Arthur’s Halls but, as we had a day to ‘potter’ we went to the Rocky Valley to check out the labyrinth. We spent some time beside the river and then did some unexpected ‘anchoring’ beside the labyrinth, carved into the walls! Just beyond both Labyrinths was a small room, which once formed part of a building, possibly the house of the miller. Just standing there was energising. We discovered, by following the clues, that there was no Maiden/Spring energy here, just Mother/Summer and Crone/Winter. As we were all women on a healing path this was significant for our personal healing. The maiden represents that part of ourselves that yearns to live spontaneously. She is full of potential, full of life-force, moving towards the birthing. Bringing this energy here meant uniting with this part of ourselves so we could become more of who we truly are.

We anchored a white flame here, which is a Brigid Flame. Eartha held the ability to channel the female solar energy, so she anchored it here. She was amazing! She so represented that energy, completely uninhibited and spontaneous. It was a powerful moment and we felt very energised by it. We manifested the physical flame by lighting a candle and leaving it there. The creative, feminine solar energy was now blended with the white flame of Brigit. An unexpected piece of work but amazing.

The following morning we began the day by visiting Arthur’s Halls. The Merlin (male) line flows through this building and it contains a golden serpent energy. We did a meditation and anchored  three  different flames of the Divine Feminine consciousness, which are, Magenta, Yellow and Blue. It was very difficult to anchor the energies here because, as Anne, one of the participants, pointed out, it is used mainly by men. It is used regularly by the local Freemasons who own the building. The whole point of anchoring these energies at a male site and on a male energy line is so that the change in consciousness around the feminine can be sown within the masculine consciousness. It softens the masculine energy and brings it back into balance.

Later in the afternoon we went to St. Materiana’s church to do Magdalene Flame attunements, given to me originally by Jhadten Jewall, and to re-anchor the energy there. We didn’t know it, but they were preparing for a wedding there that day and we were just in time. They had decorated the church with white and gold, the colours we had previously worked with in the Rocky Valley! Cheryl and I carried out the attunements and we all then went down for the initiations in Tintagel Castle. The female energy line, runs beneath St. Materiana’s church, so we were ensuring that it was maintained energetically.

On our way down to the castle Eartha suddenly pointed out the dragon’s head, right where we were going to do the initiations. His head faces out to sea. All the times we had come here and we had never noticed! We wondered where the tail ended up? I discovered a couple of weeks later that according to Paul Broadhurst the tail is at St. Nectan’s waterfall, which was where we were finishing the work the following  day!

We carried out the initiations at the Solar Portal, which is a point on the highest part of the castle and looks out on the setting sun, and each person received their ‘mantle’. The mantle is a layer of colour vibration placed in the energy-field of the person. We also created a new essence there. As we were leaving the hall we had a nice piece of confirmation. The tour guide was explaining the uses for each room when the castle was in power, and where we did the initiations was where they kept their cloaks!

When we had finished we pottered off to explore. Anne and I ended up in Merlin’s cave and I did a personal activation with her. The vortex lay just inside the entrance and, after we had gone through to the other side of the cave, we came back and Anne ‘freed up’ the trapped creative energy here. She and the vortex were one which meant that in healing the energies there, she was equally healing her own matching issues. A couple of years later, Chris Bishop also had an initiation here and met the Dragon of Tintagel.

The following day we began at Bossiney Mound, which lies on a cross-over of the male and female energy lines. There is a local story that on Midsummer’s eve a golden, round table rises up from beneath the mound and then goes underground again.

Cheryl led the meditation and we anchored layers of energy here, all designed to help heal the world and change the consciousness of those receptive to the energies of Divine Balance. When we were finished we went to St. Nectan’s waterfall. Jaynie needed to do work here so we spent some time doing that. This was her initiation, on the inner levels, into working with Divine Balance and the unification of the forces of Nature with Humanity. Doing this meant that she could work more closely with site guardians and the Elder Race. As part of this she then was to lead the next meditation, which was terrific and very powerful. Eartha, once again, picked up the discordant energies of the site, which Jaynie was able to ‘upgrade’. We also placed the intention for the site keepers to maintain the cleanliness of the place, which they weren’t doing! Jaynie’s work also involved creating a ‘holding’ structure for the energies to flow through, as they were not being ‘contained’.

To finish the day we all created a strong heart connection and commitment, to the healing of ourselves and the earth, through the site. 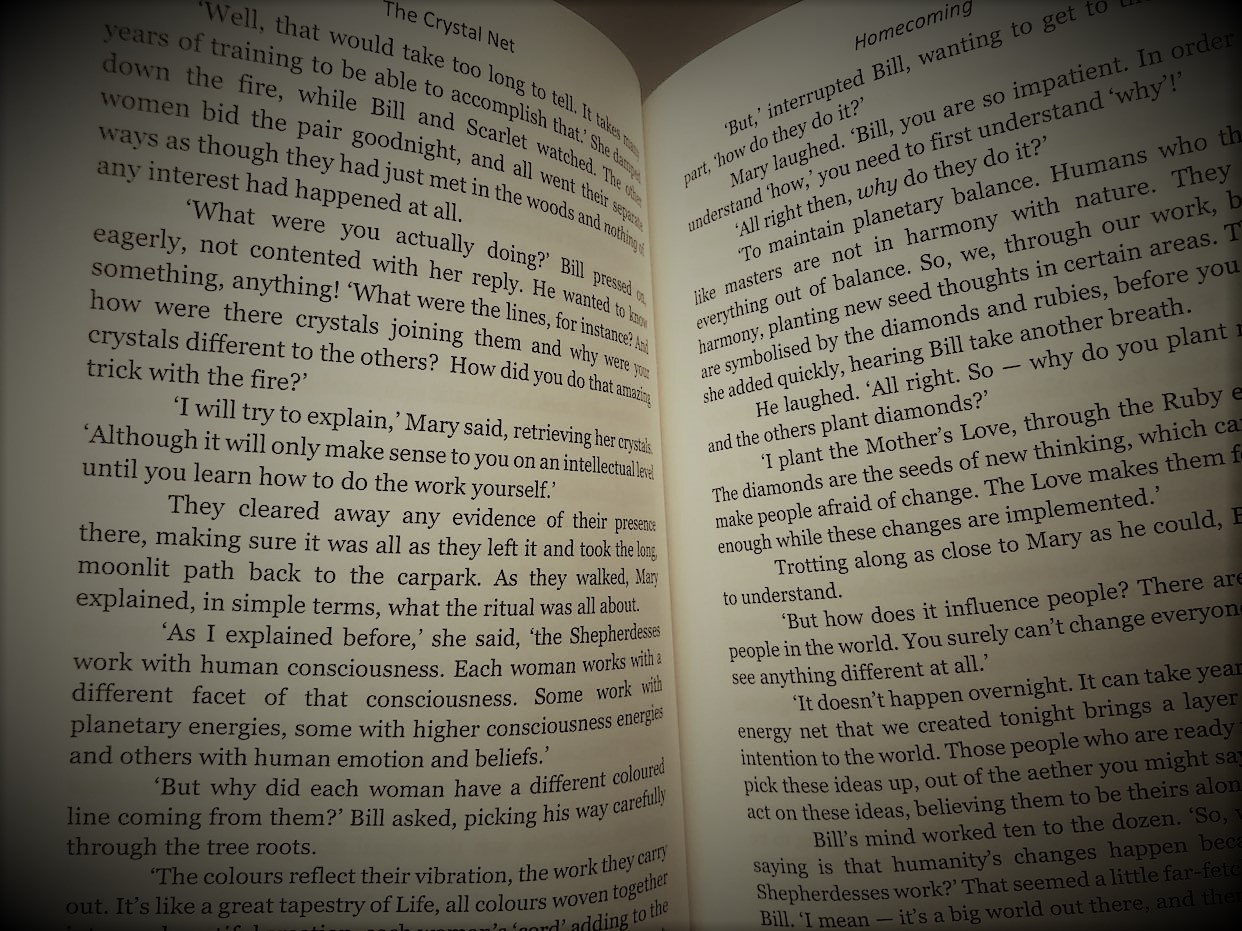