I have always struggled with the idea of how Gods and Goddesses fit into the framework of our Soul reality, the Source, Life between Lives, etc. For instance, I know that Gods and Goddesses are constructs, a way of us to personalise certain forces, forces that make up our created world. But when I started doing the Gaia Method, I found that aspects of those Gods/Goddesses were being anchored in the people receiving the attunement, and often I would ‘be’ a Goddess, energetically, like a channel for her, while she passed the attunement.

Trying to understand this intellectually was a problem. I’m not a believer, or follower, of Gods/Goddesses.  I don’t believe in altars and rituals, although I have no issue with people who do. I was brought up as a Catholic, so for me at least, Jesus and Mary were IT! We didn’t do Gods and Goddesses. I didn’t even know that they existed. We had saints, which of course are the same thing! I know that now!

I also do not ‘worship’ deities. I learned that lesson early, while in the Hare Krsna’s during my teens. Physical idols were just that, physical idols, not Gods. Although, again, I understand that they provide a focus for people to connect to a particular energy. 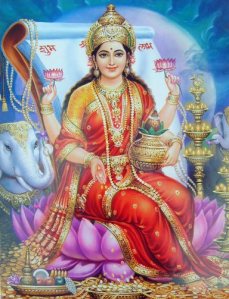 However, while working with these Goddesses I can feel their  ‘personality essence’ and how they work in our lives. They contain a history of all the ways in which we honoured them in the past. But I still had trouble rationalising them. Working with them is like working with pages of the past, in the present, and they feel like real people to me, but with a knowledge and way of acting that is not mine.

Then I found more Seth material on this subject and I suddenly felt ‘aaahhhh’. Here is what he says:

Do yourselves just honor, and in doing yourselves that honor, you will see within yourself, the ‘gods-in-becoming’ that you are. 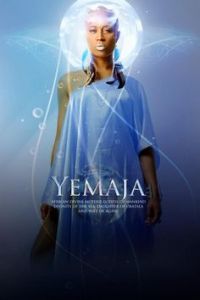 But behind and within those myths are the realities of your being – the Christ and the Buddha are both within you, for they are symbols of what you are. Pray to them and you pray to the hidden gods within you. You do not need to kick them aside like a child irritated with his toys!

Understand the nature of the gods as they come down to you, through your histories, and in them always you will find the unspoken but real nature of the hidden god within each of you.

All That Is is beyond your intellectual ideas of personhood. Any concepts you use to personify that idea can be useful. But only in seeing beyond them can you release the power, and the energy, and to some extent, the knowledge of what you are, and only through understanding that, can you hope to have any idea of All That Is. For All That Is materializes through your flesh and being.”

That made total sense to me, especially as the Gaia Method is about anchoring aspects of Feminine Divinity and manifesting those qualities and energies in the world. It is about re-learning the way we trained in past times, so that the energies of the Goddess, which have been lost in us, is found again. We are re-birthing these awarenesses into this world. 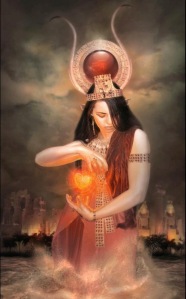 As they move through us, we acknowledge them as part of us, and we live that reality in our everyday world. The world of feminine power and wisdom. We are the Goddesses, incarnated in the world, to bring back the awareness of her love and kindness, wisdom and power to a very ailing world. But we are human beings living in a physical world, so that Divinity is acted on in our reality. We manifest her wisdom through our bodies and our actions. That doesn’t mean we run around acting like a princess, it means learning to channel that part of ourselves, when it is required, into our art, our lives, our writing and our Being; into our relationships, with each other and with the natural world. We move, quietly through the world of humanity, bringing our gifts and sharing our knowledge.

We don’t ‘smite’, as much as we might want to sometimes! We have lived a long time, not knowing this part of ourselves, and getting to know it again, and to channel it again, is going to take time. But there are many great teachers out there who are here to help us do just that. So we are indeed blessed. And remember too, that we are not seeking perfection either, We are seeking to do our best and to Be Divine Humans. We have plenty of room to grow. And one day, hopefully, our world will be populated with the Gods and Goddesses again…US! It is time to reconnect.