I have been receiving information about women a lot recently and my recent trip to the library is connected to this new level of work. I had been questioning what this new material was about and yesterday received this:

“We are a group consciousness, working through civilisations and individuals. A family of consciousness, a ‘group mind’, similar in function to how the World Wide Web works. We are all connected and hold the same information and knowledge. It is all accessible to each member of the group, it is just a matter of downloading it!

In many ways, your ‘groupings’ come under the same heading, as you carry out on earth what we create here. We ‘see’ how humanity has developed, since Abraham, and we see how that experiment has been a dismal failure. The Akkadians had powerful belief systems and these have formed the foundation of many of your current beliefs. The fear of female power originated here and has run, like a dark thread, through your religions and cultures ever since.

Goddess temples were reduced to ashes, sometimes literally, her temples razed to the ground. We watched as mankind slowly lost his connection to the Mother and seeing him come so close to the abyss; we made a collective decision to intervene. All souls on earth, currently incarnated, are set to begin a new sphere of development, where man is no longer the ruler of the planet, but co-creator with woman. But first, he must be brought to his collective knees. All incarnating souls are aware of this purpose and so all are part of the changes to come, and willingly so. 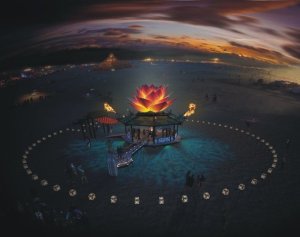 But to you who are the founders of the new temples, we say this: never in the history of humanity, in this, their current incarnational cycle, has this been attempted. There are so many beliefs at play around ‘gender’ and ‘gender roles’ that it will take many lifetimes for these to be healed. But lifetimes you have a-plenty!

All of you focused on the re-instatement of these energetic temples are guided by us. Gone are the days of female disempowerment. Now you will learn how to be powerful, sensitive women and you will lead other women through their healing process. Each woman is connected to a particular Goddess consciousness, that is, their healing focus and frequency, and all the knowledge that that energy contains. These are the temples that we speak of, not made of brick or stone, but out in the open, in the trees and the land, free of structures created by man. Your roots are in the earth and each of you is guided by one of us, clusters of healers working through our different energies and frequencies.

If you want to call us a name then “the Council of An” will suffice.”

Now, I understand why I was feeling so emotional when I was given the new material in the Library and why so much has been coming in around women’s empowerment. These energies flow through many women, and certain men, around the planet and you can see how many are bringing through the Feminine wisdoms. It has been growing for some time, but for me and the Gaia Method I am glad to be able to do this too.

When they said  how this has never been attempted before I instantly thought, but what about Jesus, Mohammed, The Knights Templar, etc. and I was reminded that they were all men! Women themselves, have not en masse, risen up around the world to end the subjugation and abuse of women. Pockets of women have done it, but it has not been a global shift in consciousness around women and their freedom.

The temples they speak of are more like a sisterhood, each one connected to the energy of a Divine Feminine consciousness, and the energy knowledge that that contains. Each Goddess-seed does her work with her students and those women then work with others, until the Goddess ‘temple’ consciousness is once again available to mankind. There are no bells and whistles, no converting, no ministering, just a quiet revolution of female power through the Path of Initiation.

The earthwork that is currently being carried out, by women and men around the word, anchoring the new seed thoughts, clearing the old energy lines of their older energies, and anchoring the new seed thoughts,  will usher in the New Consciousness. But, as we can see in the world right now, this will not be an easy transition. In doing the clearing and reactivating we are bringing up old issues in the collective unconscious, and this is never pretty. But as long as we hold on to the fact that everything that is happening will have a good outcome, the easier it will be for us to keep on working.

We can collectively create a whole new reality of Divine Balance between men and women and that will have a knock-on effect on so many other levels. And it will so be worth the effort, and sacrifice, it takes to achieve it. But this is not a new Religion; that is the old way, this is more about recognising our Divine Source, and living a more earth-centred, equal, and free way of life, knowing who we are, where we come from and where we are going.